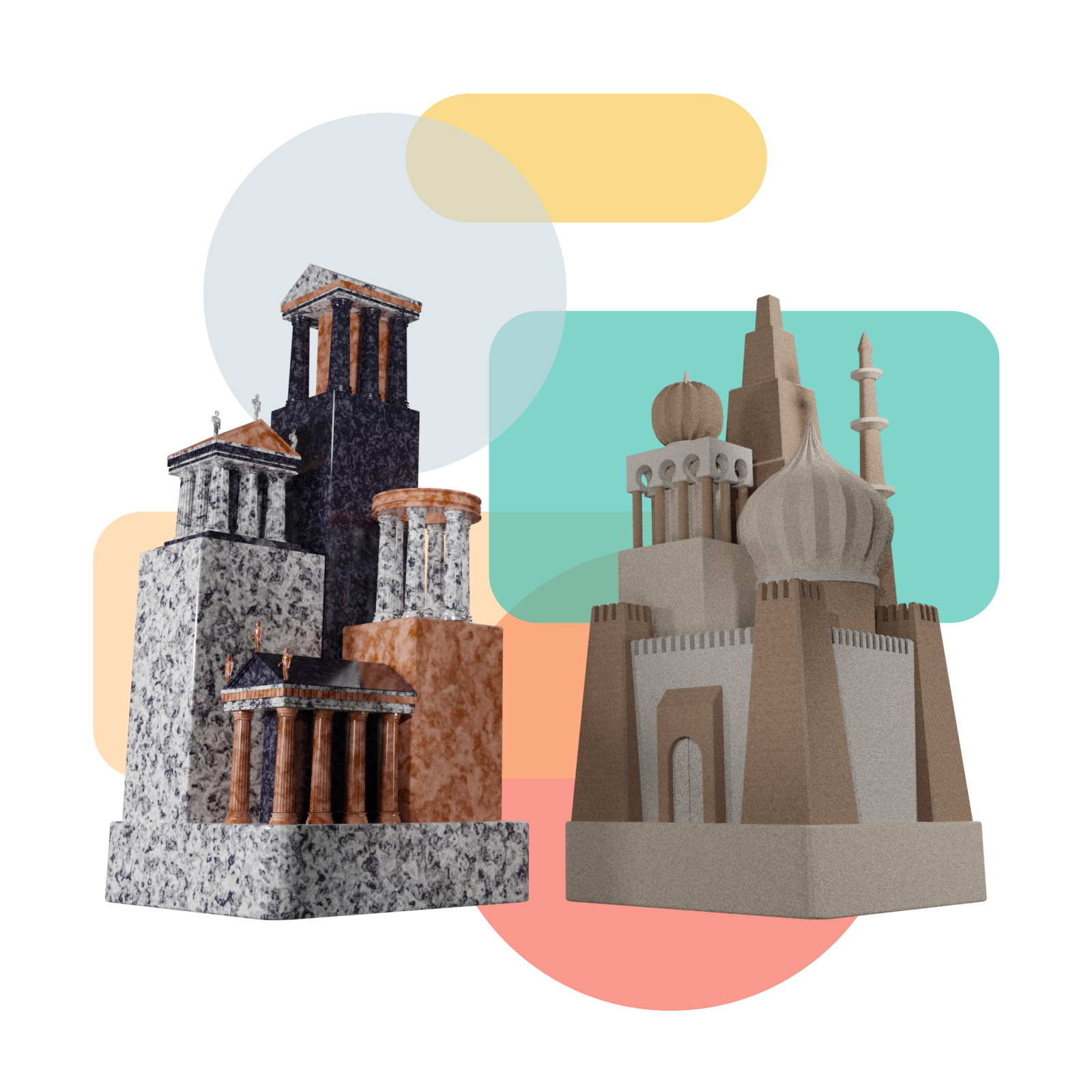 Two cities, Relida and Tiova, are being constructed opposite one other. The planners of both cities are convinced it is their destiny to build the perfect city, but their approaches differ greatly.

The architects of Relida believe that beauty is eternal, and thus have chosen to build their city from marble. Once a stone is set in place, it cannot be altered or replaced, because it would distort the marvelous color symphony that is created by the unique patterns on each stone. Every street, park, palace and tower is designed carefully, and then constructed exactly as planned. Every step forward is made with the highest solemnity, for once something is added to Relida it serves as the foundation future generations of artisans will be building upon.

On the other hand, the designers of Tiova believe that beauty is subjective, and that even their own tastes will change in the future. Thus, they have decided to build a city made of sand, so that every addition or alteration can be easily reversed, should they change their minds. Whenever a tower, staircase, or balustrade starts to erode under the elements, the architects get another opportunity to build it better, using what they learned in previous attempts. Unlike the neighbor city, the individual artifacts of Tiova never last, but its designers constantly learn from their mistakes, and improve each part of the city over time.

Though both cities’ architects are firmly convinced of their respective philosophies, they also envy each other. The planners of Relida, despite their extreme vigilance, sometimes realize too late that they made a mistake and wish they could undo it. And the builders of Tiova, weary of endlessly rethinking every detail of their city, sometimes yearn for their creation to be more persistent, even if that meant it was permanently flawed.